I never could understand why the saw is such an underappreciated tool. That’s because I love old hand saws. The older and more beat-up, the better. Saws that were made to be used. How many people do you know that still use a handsaw? Not many I’ll bet. One of my favorite sayings is “Give me a hand saw and I can conquer the world”. They may be crude tools, but to do what they were made to do, nothing works better than an old saw. A hand saw is a tool consisting of a tough blade, usually of steel, supported by wooden or plastic handles. Hand saws are used for cutting wood or other soft materials. There are many different types of hand saws. Each has its special purpose. And each, in turn, has variations on the theme in terms of size and how it is used. The most common (yet not necessarily best) is the crosscut hand saw. Other hand saws included the miter box saw, coping saw, and rip cut saw.

Hand Saws – What Are They Used For

Hand saws are simply any type of saws that are powered by the force of the user, rather than being powered by electricity, battery, or gas. These saws are common in a variety of trades, with many of Hand-powered saws being an affordable and easy way to get the job done.

These tools can be used in many different trades, but they may not offer as much power or versatility compared with other options like electric ones for cutting steel plates while being portable enough that you don’t have to take up your whole garage space just because of one project! In any case, this type is great if what we’re looking at doing doesn’t require anything too heavy-duty – small projects around home & garden will likely benefit most here

The variety of saws is diverse, with some designed for a specific task and others that can handle any job. It’s important to consider what you need when purchasing one because there are many different types available on the market today; it would be hard not knowing which ones were right without research!
A carpenter may find themselves using more versatile tools than someone who only works at home building furniture or decorating shelves—although they will still require certain specialty items like jigsaws specifically made for cutting joints between boards (especially if), clamps/braces, etc., depending upon how far away from “basic” projects one gets stuck working

ALSO READ:  Everything You Need To Know About Woodworking Clamps

The hack saw was created to cut through metal, and due to its thin blade, it works well to cut through thin materials such as plastic or metal pipes. For very occasional use, it could also be used as a multi-The hack saw is an essential tool for any do-it-yourself, enthusiast.

This simple, yet effective blade type can cut through just about anything with ease due to its thinness and great teeth per inch count (18-32). The only downside might be that it’s not powerful enough when cutting big jobs such as 2×4s or hardwood floors if you’re planning on doing those tasks by hand instead of using this particular power tool!

A coping saw is a versatile tool for cutting curves in wood. It has blades with 15-17 teeth per inch and measures 6 inches across, making it lightweight enough to use when working on smaller projects or taking up less space than larger power tools would take over extended periods of time
The name “coping” comes from its original purpose: creating Coping Joints vs Miter joints which are both different but have similar uses depending upon what kind of furniture you’re building

This saw is used for making rough cuts of wood, for example, trimming branches or cutting lumber, crosscut saws are for making rough cuts of wood, like trimming branches or cutting lumber. They have large teeth and a relatively thick blade to make it sturdy against the grain (i e., perpendicular). A two-person cross-cut saw may also be called “lumberjack” tools which can handle scaled projects up to 2x4s in size with ease; these versatile little guys would even come in handy on camping trips!

The bow-cut saw is a modern type of crosscut saw. It’s most commonly used to prune trees and log thick sections, with its teeth being able to remove wood dust while being pushed in or out at different angles depending on the job requirements – this makes them perfect for curved cuts too!

The fret saw is an invaluable tool for intricate woodwork. The name ‘fret’ comes from the French word freter, which means lattice, and was used in reference to its ability to produce curved cuts like coping saws but with much more accuracy than them as well! This blade has around 32 teeth per inch making it very precise while also being able to cut through hard materials such as aluminum or copper without any problems at all because of how sharp these blades are on both flat surfaces along with raised areas where there’s no tooth marks showing that this particular type isn’t optimized solely toward cutting curves.

ALSO READ:  What Is The Best Drill Press For Woodworking

These saws take the shape of a dagger, with a blade that comes to a point at the opposite end of a

Jab saws are a type of tool that has been around for centuries. They take the shape of an elongated knife, with one end containing sharp points to help puncture materials like drywall and then cut through them once its penetrate enough into your project’s surface area

The thin blade allows easy maneuvering when making cuts in tight spaces or removing patterns from wood panels without too much difficulty while still being able to handle bigger jobs, One variety comes fixed so you know exactly where it will be going throughout use whereas another model may retractable which provides more versatility but can sometimes create additional work unless planned properly beforehand.

Japanese saws are unique in how they cut. The blade of the tool slides forward on an inclined plane, rather than pushing against it as other types do; this allows for cleaner cuts with less waste and better control when making small detailed workpieces because you can apply more power without having your weight get behind the stroke – ideal if what we’re cutting isn’t too tough! However, these instruments were never designed as ‘all purpose’ tools but rather ones specifically tailored towards smaller jobs requiring greater precision such as woodworking or even model building where every millimeter counts.

The rip cut saw is one of the most common types that anyone who works with wood will own, and it’s likely you use this tool more often than any other. The versatility makes up for its lack of teeth per inch compared to others; still, each tooth has sharp enough tips so as not only to remove chips while cutting but is also great at getting into tight spaces where hands can’t go.

These saws are also known as dovetail saws, as they are ideal for making dovetail joints that require Dovetail saws are extremely precise instruments that can make the tightest cuts. They have fine teeth and narrow blades, which give them greater control when cutting with less force applied to it compared to back sawn boards; this is why they’re so popular among woodworkers who need those types of precision capabilities in their work.

The pruning saw is an excellent tool for smaller cutting jobs, like removing deadwood and shaping bushes. The single curved handle attaches to a blade with many teeth per inch that can easily access even hard-to-reach branches hidden amidst dense-growing trees; this type of equipment also has more leverage than other similar-sized blades so you don’t need as much strength in order complete your task. When you use your Dewalt Miter Saw or any brand Miter Saw you need a safe and flexible platform to use your saw on. If you haven’t considered a Dewalt Miter Saw Stand you may change your mind once you find out how versatile they can be and how they can help you, especially if… You are wanting to start out making DIY Homemade wood signs. Where do you start? We all start somewhere and it seems to be very confusing upfront. During my research when I was starting out, there are many things I wish I knew. However, over the journey of my wood sign business, I learned what… 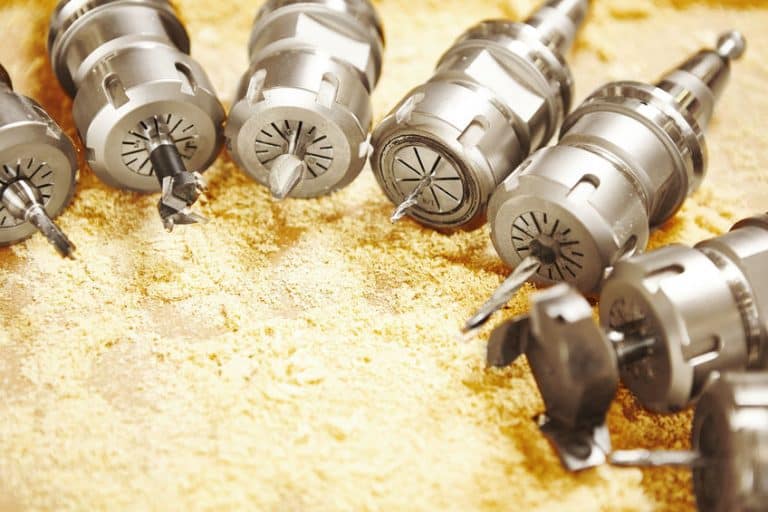 A router bit, used on a router, is used for cutting through wood sideways to create an effect or design. When I started my wood sign business I didn’t really know a lot about router bits. I didn’t know the shape, type, depth, or capability of what router bits can perform. Being a novice I… Disclaimer: This site is owned and operated by Woodworking By LPI.  Woodworkingbylpicustom.com is a participant in the Amazon Services LLC Associates Program. As an Amazon Associate, I earn from qualifying purchases. This site also participates in other affiliate programs and is compensated for referring traffic and business to these companies.